Local history: How Foleyet got its unusual name 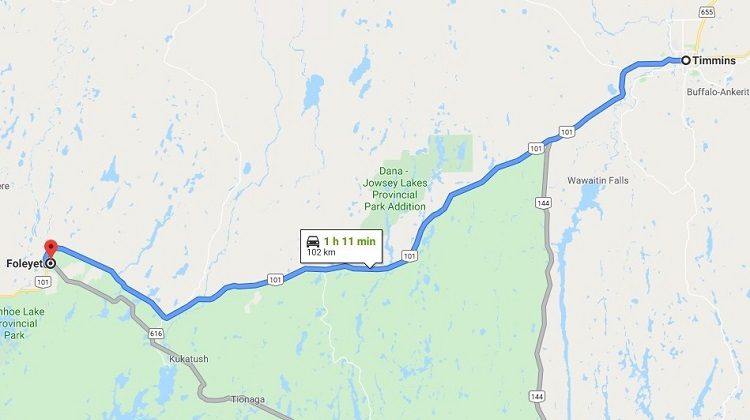 In this week’s look back at some stories from Timmins’ past, we continue on the topic of street names.

Timmins Museum director-curator Karen Bachmann says some of them were named for the sons and daughters of developers, thus we have streets known as Patricia, Howard and Helen, for instance.

“There was a few famous people thrown in there as well,” Bachmann tells us, “Churchill and Montgomery Streets.  We have indigenous groups: the Seneca, Cayuga and Oneida Streets and then of course there’s trees: Birch Maple, Cedar and all those good things.”

Bachmann also takes us about 100 km west of here, for the story of how Foleyet got its unusual name.

“The story is that there was a lumber camp in that area owned by the Foley brothers. And the town grew up around that camp and adopted that name, but according to some, people who were riding the rails and heading out to that area would ask the conductor ‘Hey, are we at Foley yet?’ and that’s how the name became Foleyet.”