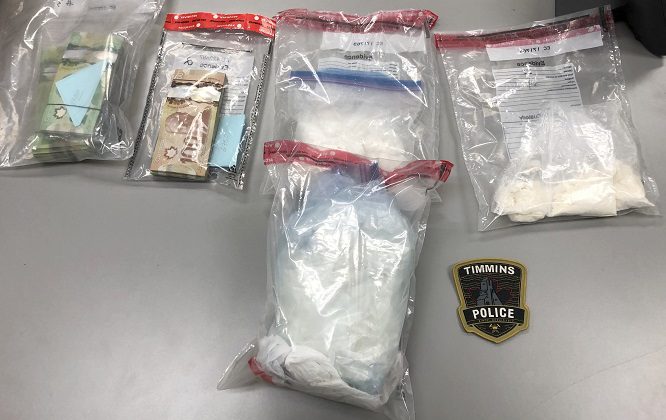 Two women and one man – all from Timmins — are up on drug trafficking charges and of possession of property obtained by crime, resulting from a raid on three city homes on Monday.

Seized from homes on Ottolen St. in Porcupine; a mobile home on Jay St., off Pine St. S., and one on Bélanger St.

The value of the drugs is estimated at $80,000. The trio was released from custody and go to court November 12th.