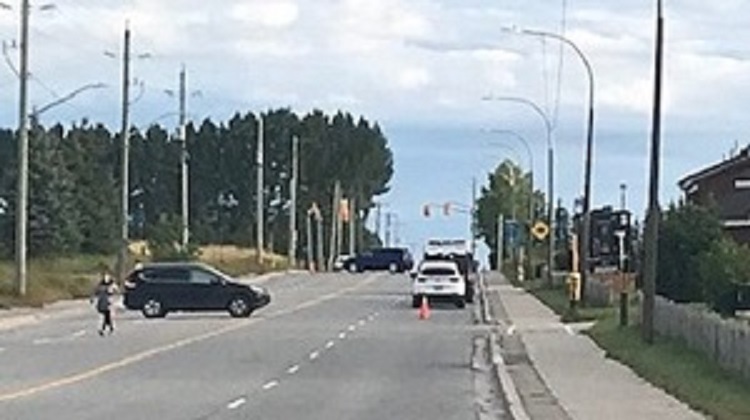 UPDATE: Situation over.  Man taken into police custody.  Details to follow on My Timmins Now Dot Com this evening, and Tuesday morning on Moose FM News..

A police standoff that began yesterday at a co-op apartment complex on Shirley Street North continues this hour.

Officers on the scene believe that a person of interest who is barricaded in the apartment at the social housing complex is alone.  Depatie won’t make a concrete link between the suspect, and an attempted murder on Way Avenue earlier yesterday.

“There is strong indication that that is the case,” Depatie tells My Timmins Now Dot Com,  but until such time as the investigative measures determine that to be an absolute fact, we will not lend any credence to any speculations of that nature.”

The townhouses on both sides of the one that’s the focus of this operation have been evacuated.  Other neighbours have been allowed to go to school and work.