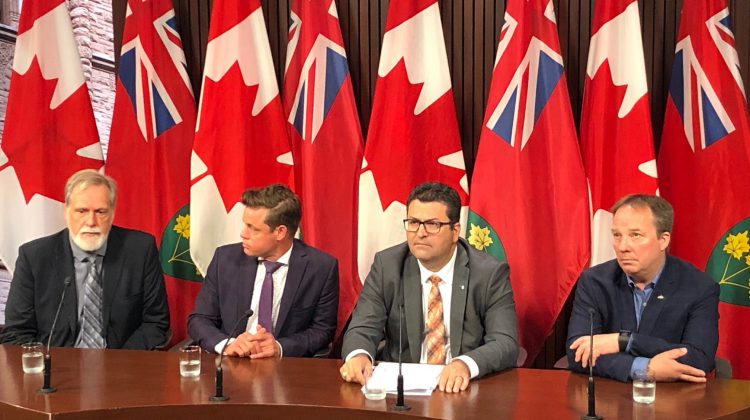 Our safety out on the roads during the winter is in need of improvement.

That’s according to Mushkegowuk-James Bay MPP Guy Bourgouin, who has ntroduced a private member’s bill to improve winter road safety for northern drivers and families.

Bourgouin says Highways 11 and 17 should be considered in the same grouping as the 400 series highways and the QEW.

“It will make Highway 11 and 17 fall under the same regulations, which means our highways should be clean, snow removed within 8 hours after a snowstorm.”

Bourgouin says these highways are vital to the livelihood of his communities.

Mario Villeneuve, President of Villeneuve Construction said the highways need to be properly maintained to keep traffic flowing, and right now heavy-load traffic is being seen more and more along the Highway 11 corridor.

The Ministry of Transportation’s current snow removal classification standards depends on the type of highway and traffic volumes, not on climate or vehicle size and weight.