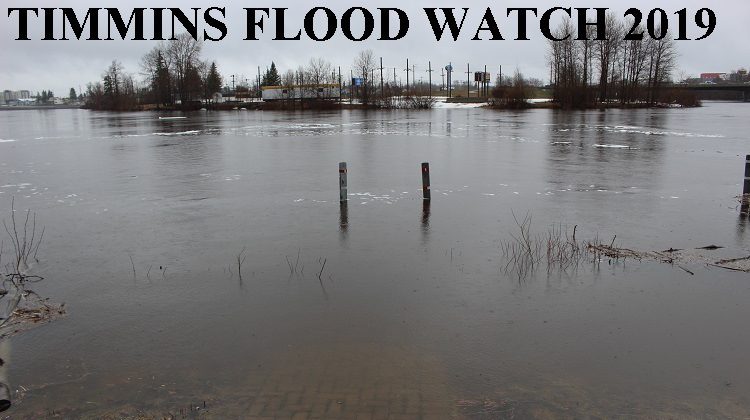 There isn’t a lot of snow left in the bush along the Mattagami River, so snow melt will no longer be a factor in the water level.

But Mattagami Region Conservation Authority general manager David Vallier (VAL-yur) says it could still go up or down a few centimetre, so the flood warning remains in effect until at least Tuesday.

“We’re expecting that flow to be there for the next few week,.” Vallier comments.

There’s still a lot of water to make its way through the system, and any expected rain will be factored in at the flood advisory committee’s daily meetings.

“But heading into the weekend,” Vallier says, “the flow n the river that you see is pretty much where it should be for the next week or week-and-a-half for sure, based on current conditions.”

The situation in the east end of the city is much better.

“The flood watch was cancelled for the Porcupine watershed, Porcupine Lake, and the water levels continue to come down out in Porcupine,” Vallier reports.

Ford will not punish entire province; expanding social bubbles not allowed until numbers come down