Water restored to most of Mountjoy; yours might still be muddy 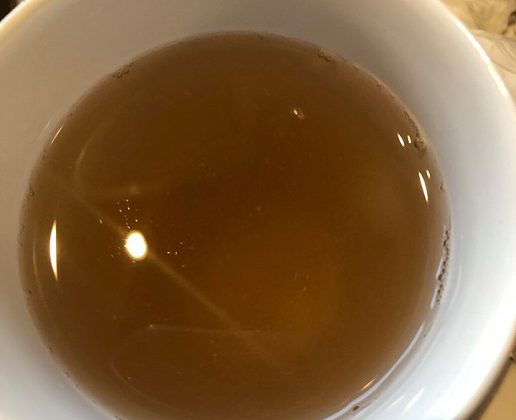 This is what came out of the taps of a Bonaventure Dr. resident Wednesday morning. (Supplied anonymously)

Water has been restored to most of the Mountjoy area that didn’t have anything coming out of their taps early today, except the south side of Riverside Drive between Emerald and McBride Streets.

City Hall still doesn’t know the cause of the problems.  For a lot of people who still had running water, it was muddy and cloudy.

Digging has begun to determine the exact issue, but it’s confirmed that it’s not the water main that was relined last summer.

The advice for dirty water is to run the cold water tap closest to where the pipes come into your house – such as your laundry tub – for 15 or 20 minutes, or until the water is clear. 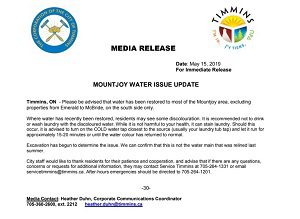