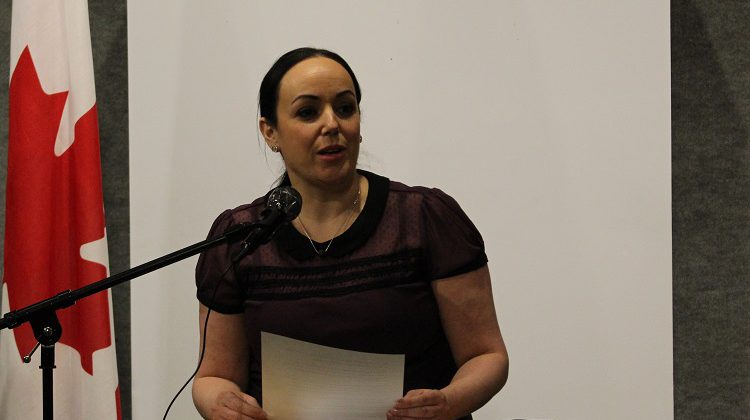 Centre Culturel La Ronde has picked up $450,000 from the federal government.  It was announced in Timmins Thursday afternoon by cabinet minister Mélanie Joly.

$196,000 of that will be used for architectural plans for a new building, replacing the one on Mountjoy St. at Algonquin Blvd. that was torn down after a fire in November, 2015.

Executive director Lisa Bertand says the new building will be on that site.

“There was a lot of asbestos and it was definitely a lot of fire, a lot of smoke damage,” she tells My Timmins Now Dot Com.  “It was actually the members that had decided to destroy the building and then to rebuild.

“It’s definitely going to be smaller, of course than the other centre.  We’re looking at a $5.5-millon project.”

The rest of the money goes to a La Ronde programming.