FIRST BABY OF 2019: A LITTLE GIRL FROM PORCUPINE 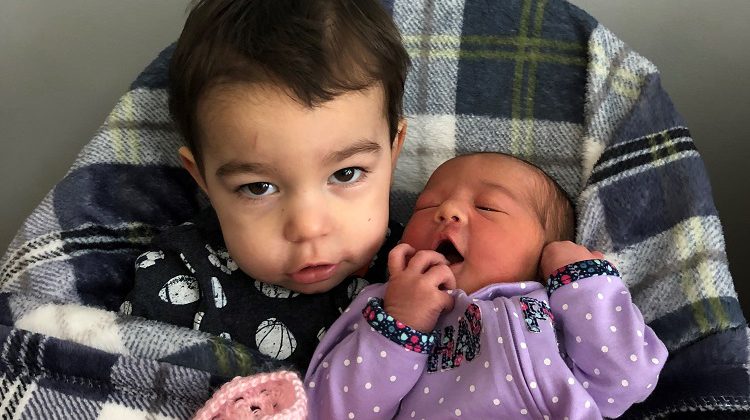 The first baby born at Timmins And District Hospital in 2019, Oaklyn Dupéré, being held by her 20-month-old brother, Jaxon. Photo credit: Dupéré Family.

It only took nine and and a half hours for Timmins and District Hospital to deliver the first baby of 2019.

The daughter of Cindy and Marc Dupéré of Porcupine was born at 9:33 New Year’s morning.

Oaklyn’s only sibling is her 20-month-old brother, Jaxon.  Cindy says his reaction has been very good.

“I think a little bit surprised. He’s like ‘who decided that this was allowed’,” she explains as she laughs. “But he’s adjusting very well actually.  He’s really good.  He’s wanting to hold her and stuff.” 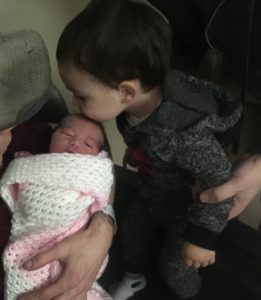 Twenty-month-old Jaxon Dupéré, kisses his sister, Oaklyn. She is the first baby born at TADH in 2019. Photo credit: Dupéré Family.

Oaklyn’s mom says she went into the hospital at about 11:00pm  New Year’s Eve.  And no, she and Dad were not partying.  Cindy says they had no plans at all for the night.  Oaklyn singlehandedly, all 6lbs. 11 oz. of her.