NEW YEAR’S EVE FIREWORKS IN I.F. NOT A GO YET 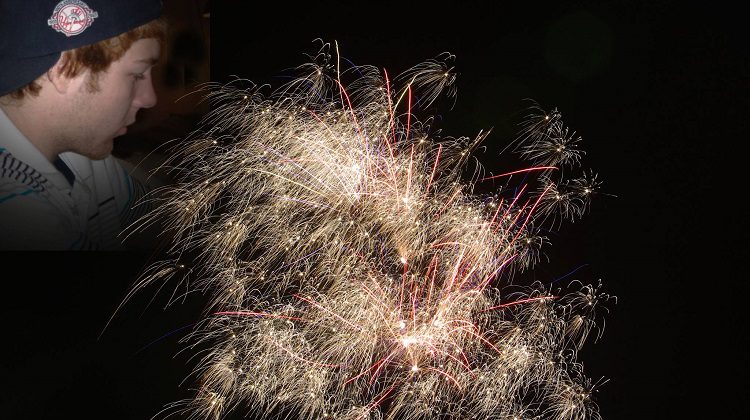 A couple of major donations have come in, to help fund the fifth annual Scottie’s Fireworks in Iroquois Falls this New Year’s Eve. But it’s not enough yet for Tim McKinnon to wave the green flag.

Scott McKinnon died of a fentanyl overdose on December 26th, 2014.  Five nights later, his family and friends staged the first fireworks display in his memory.

His father, Tim McKinnon, says there’s not enough money raised yet to commit to the fifth annual show. “We’re hoping that as it gets closer to the season and people are thinking about the ones that are not with us anymore, maybe they can make a small donation.  Every little bit helps.”

C&L Taxi in the Falls has signed on to be a sponsor every year.  And a substantial donation was received this past week from Canadian Trade-Ex and the Big Event Mining Show.

“You know, the support from these corporate people and businesses is really appreciated,” comments McKinnon. “We’re not there yet.  We’d like to have a little more.  We want this to be the best show of the last five years so yeah, we’ve got a ways to go yet.”