The Good Samaritan Inn’s New Location May Open This Week 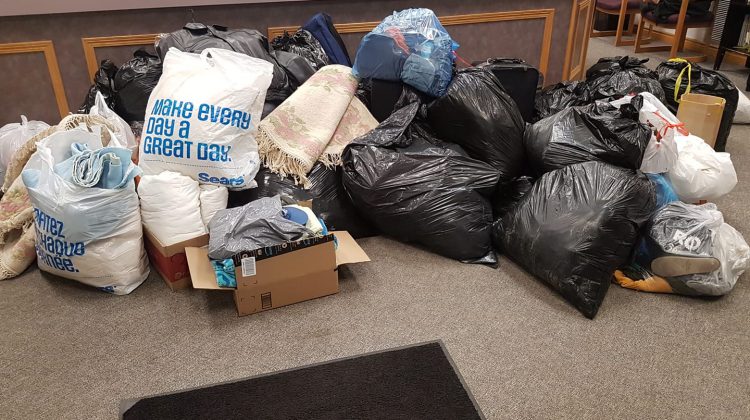 Beds may be available at the Good Samaritan Inn’s new location.

The homeless shelter burned down about two weeks ago, leaving 14 people out on the streets. Executive Director Ed Ligocki says 10 people are still being housed at the Senator Hotel but that could change this week. Ligocki says with work is finishing up at the Inn’s new location on Bloor Street. He says they’ve been ready to open on three occasions, but circumstances like a broken pipe and break in prevented that from happening. “Now we have contractors in and they’re redoing the flooring. But 2,500 square feet of flooring, long hallways and seven room. Hopefully, within the next 10 days that will be done.”

Ligocki says some people may be able to move into the space starting tomorrow. “We put a common area together for our clients and they can stay there. Our cook is working and out freezers and fridges are filling up, so our clients will be very well looked after.”

He says this common space will be able to house a few people short for now. Ligocki says once he gets the green light, the board will be sending taxis to the Senator Hotel to bring the displaced people to the new Inn. Ligocki adds that once all the renovations are done, there will be seven rooms with two bunk beds in them that can house 28 people. There will also be an open space next to the kitchen set up that can make room for an additional 10-15 people.

He says this is coming together at the perfect time with winter starting to show up. Ligocki says last year the Good Samaritan Inn had 50 people stay until spring, with a record-setting 58 people in December.

Ligocki adds that the community has really rallied together to help out. “They have been absolutely fantastic and it really warms the heart to see organizations, companies, individuals helping us out and they are there by the dozens. I just want to thank the community from the bottom of my heart.” He says you can continue to make donations by bringing money, clothing and household items to the new location at 108 Bloor Street.

Ligocki says the building at the fire site will be torn down. The organization says as of now, it doesn’t know what will happen to the property.