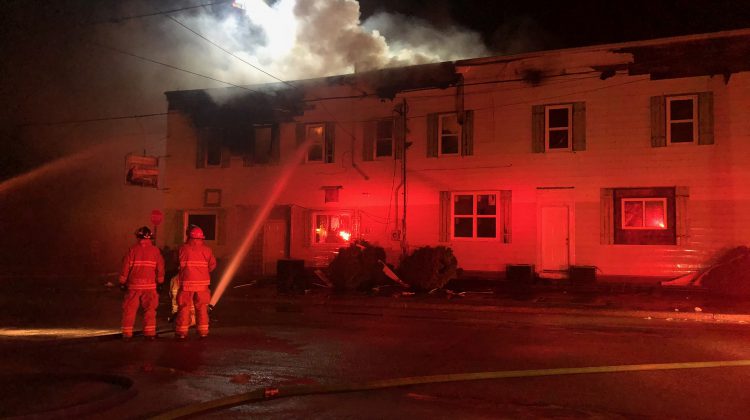 Timmins is banding together to support the Good Samaritan Inn.

The homeless shelter caught fire early this morning sending two people to the hospital and multiple others to take refuge at the Senator Hotel. The Timmins Fire Department says the fire started on the second floor.

Since the fire broke out Timmins residents have taken to social media to help those affected.
A GoFundMe page has been set up with all the money going towards the Inn. Multiple stores including the Metro in South Porcupine and people are collecting food, blankets, clothes and jackets. You can find a list of people collecting donations on the Timmins, ON Facebook page.

The MyTimminsNow Newsroom is waiting for a situation update from the Fire Department. We have also reached out the Good Samaritan Inn and are waiting for a comment.