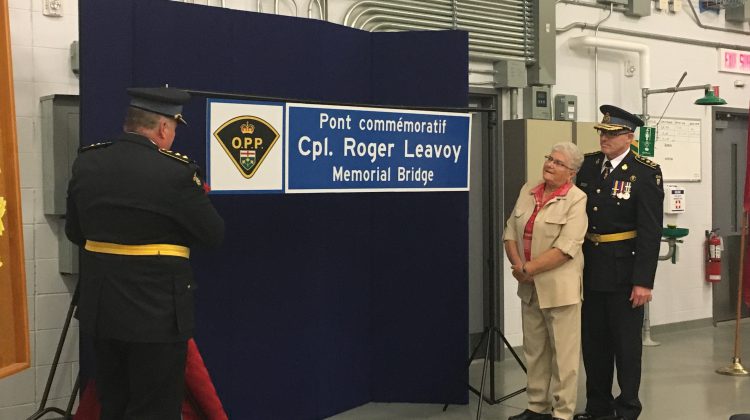 A bridge on Highway 11 in Matheson has been dedicated to a fallen OPP officer.

Corporal Maurice Leavoy passed away in 1986 from a heart complication just after attending a call in Little Current. OPP Commissioner Vince Hawkes says doing bridge dedications is a great honour.

Hawkes says it’s important to recognize and be inclusive with the family members who have made that sacrifice with these dedications.

OPP officers also honoured late Superintendent Jack Irwin by naming one of the South Porcupine boardrooms after him.