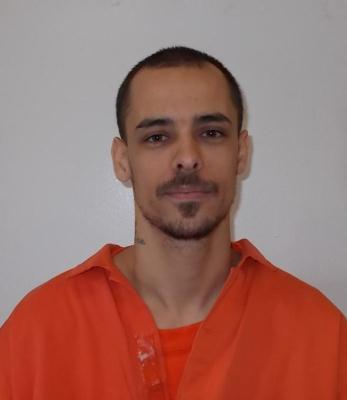 Supplied by the OPP

You are being asked to help the OPP find a Federal Offender wanted on a Canada Wide Warrant for his breach of Parole.

This man is serving a four year sentence for weapons trafficking, aggravated assault, break and enter, uttering death threats, theft under $5,000, fail to comply with undertaking and fail to appear.

The OPP says the man is described as a 36-year-old man, five foot six, 125 pounds, with a slim build, hazel eyes and short brown hair. He also has several tattoos including a spider on his left hand, a cross on his left forearm, and barbed wire on his right wrist.

The man is known to frequent the Sudbury, Timmins, Toronto, London and Kingston areas. He was last seen in the Sudbury area, driving a brown 2006 Ford Escape SUV, with the Ontario Licence BWAZ 689.