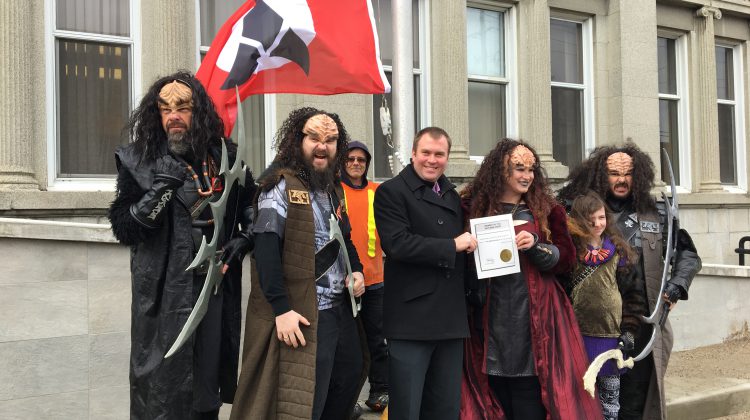 Thursday has been named Klingon Empire Day within the city of Timmins.

The Timmins chapter of the Klingon Assault Group has raised the Klingon Empire flag above city hall to commemorate the day. Group member Karen Hutchison, also known as Lieutenant thlarnoQ, says this year they are celebrating the 50th anniversary of the first Klingon to appear on screen.

Hutchison says Science Timmins will be doing tours of the facility to show what they have to offer.

She adds that Klingon Empire Day is going to be a Qapla, or as we know it, a success.