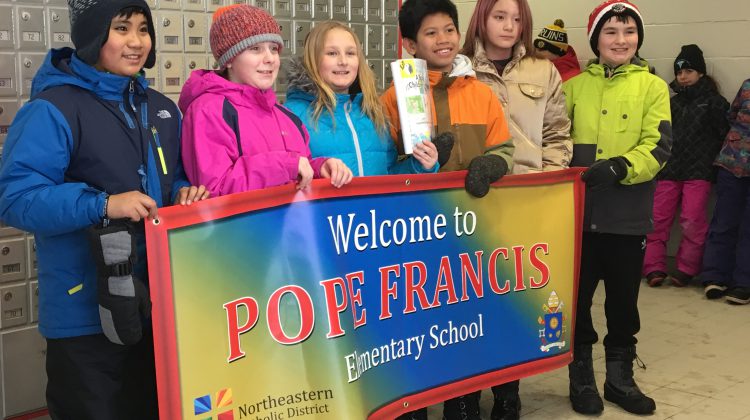 Students from both Saint Paul and Sacred Heart Elementary Schools are sending a book of prayers to Pope Francis.

This is to commemorate the two schools merging together under the name Pope Francis Elementary. Grade six Teacher at Saint Paul Christina Corbett says students wrote prayers for their new school in hope that the Pope will read them. Corbett says this also gave the teachers a chance to teach them about the person their school is named after.

The two schools are merging together because of declining enrollment. Pope Francis Elementary will be opening in September.