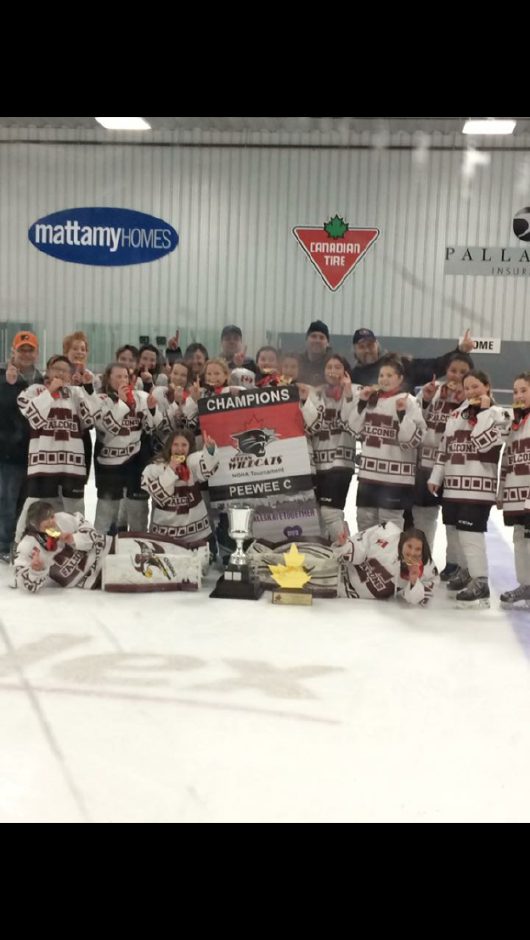 It was a big weekend for three Timmins and District Girls Hockey Association teams.  The Propipe Pee Wee Falcons won gold defeating the Kanata Rangers 1-0 in double OT on a goal 11 seconds into the second OT period, from Hailey Emery. The Dons Pizzeria Bantam Falcons and the Kiwanis Midget Falcons both lost out in their hard fought semi final games. Kiwanis Falcon forward Mispon Martin was the top point getter amongst all Midget players at the tourny.