Snowbulance to Help with Rescues on Sled Trails 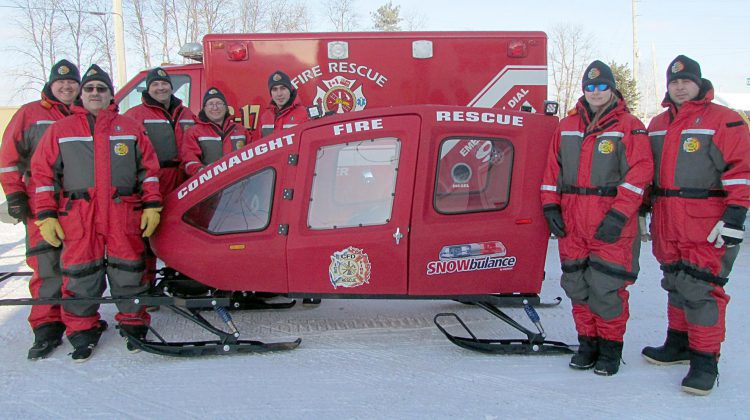 Photo Supplied by Connaught Volunteer Fire Department
The Connaught Volunteer Fire Department has purchased a snowbulance to transport injured people off frozen lakes or remote trails. Chief Training Officer Maria Pellerin says this is an upgrade from the Weir rescue pods the fire department has been using since 2003. Pellerin says the snowbulance is big enough for the rescuer to sit inside the pod and keep an eye on the injured. She says the ride will also be a lot smoother because it has independent suspension. Pellerin adds that the Connaught department is the only one in Timmins to own a snowbulance so the team will get called out to any rescues only accessible by snowmobile.