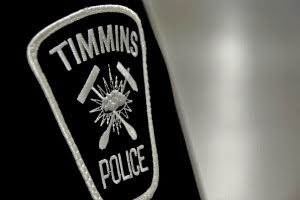 It was the wrong place at the wrong time for a Matheson man driving in downtown Timmins.  While police were dealing with a call at Cedar and Algonquin, a pick-up truck being driven erratically came toward them.  Police ordered the driver to stop several times before he finally obeyed.  After talking to the man, police could see the 41-year-old had been drinking and he now faces impaired-related charges