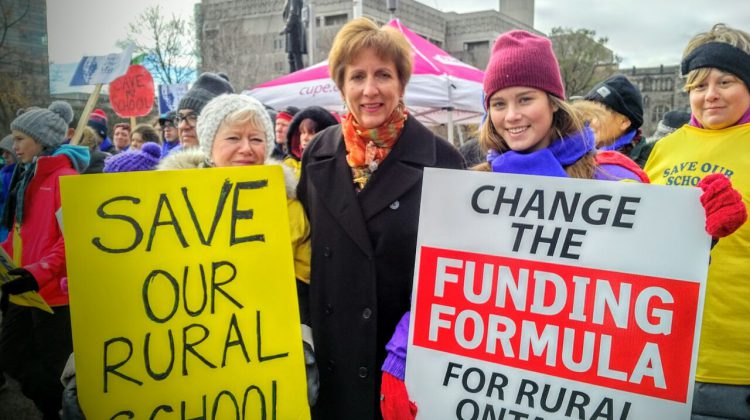 On Monday thousands of parents protested at Queen’s Park demanding the government stop closing their rural schools.  The NDP made the same demand including France Gelinas, the MPP for Nickel Belt.  Gelinas says a moratorium is needed until everyone knows how rural schools are affected by a change in the education funding formula.  However education minister Mitzie Hunter ducked the moratorium question by saying the government has put nearly $200-million into rural schools over the past four years despite declining enrolment.   But Gelinas says putting students on a bus up to nearly four hours a day so they can attend more distant schools is devastating.  She says many young students will be tired after school to do homework and they will also never have the chance to take part in after school activities.