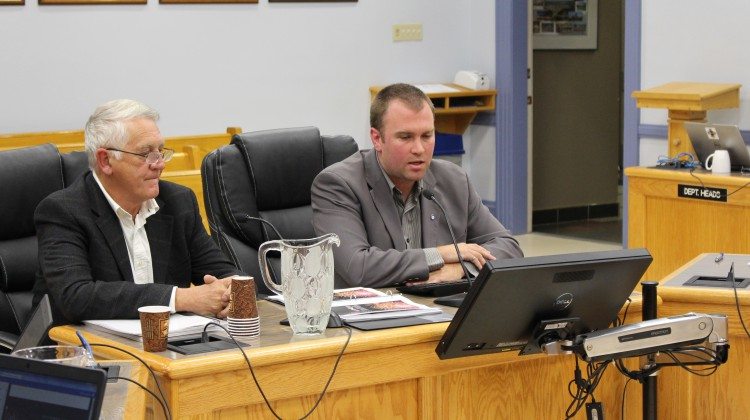 Photo: Mayor Steve Black and David Whysall (who is organizing the fireworks aspect) lay out the fireworks and music plan for council. Supplied by Taylor Ablett.

Mayor Steve Black is setting the record straight when it comes to the headlining act for this summer’s eight-day festival. He says no acts have been booked yet, despite some local reports causing confusion. He says the city has not seen an accepted offer from Keith Urban (who has been widely speculated as the headliner), or any other act. Black also notes he has been speaking with promoters about three potential headliners, but the city doesn’t have any deals signed.

Black will say the city is getting ready for an influx of tourists, if the event goes off as planned. He says officials are looking at setting up campgrounds or RV parking lots. Arenas are being cited as the ideal spot, as they are empty during the summer and have washroom and shower facilities.

Black says he has a lot of work ahead of him over the next few months, and notes a committee is already forming to help with the planning.