Leaky water valve at the Timmins Square not causing any damages 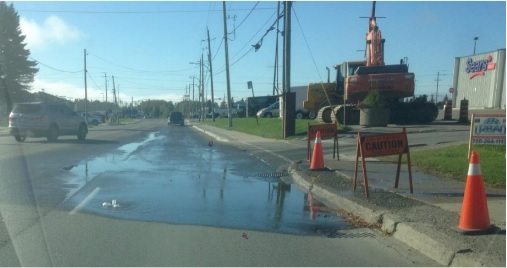 Photo: The leaky water valve at Shirley and Chenier. Supplied by Heather Duhn, City of Timmins.

A leaky water valve at Shirley and Chenier, at the Timmins Square entrance, is going to have to wait until next week to get fixed. The city says there are other projects that need to be finished before construction crews can move on. Officials also note the water on the road is not being caused by a broken water line, and the leak isn’t causing any additional damages.

The pipes in the area were installed in the 1960’s, and the city has been replacing three water valves on Shirley over the past three weeks.