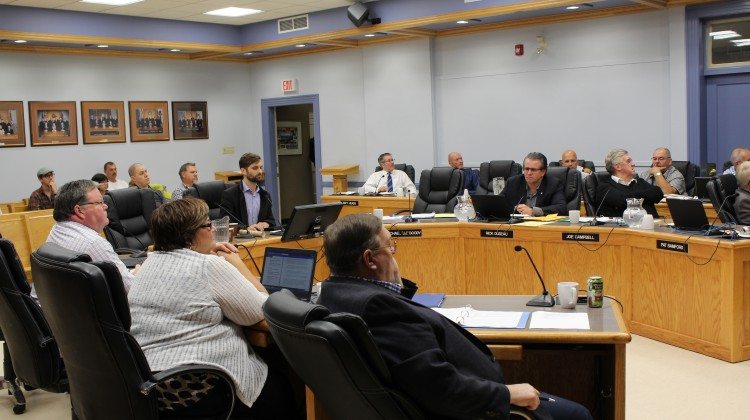 The idea to create a designated left-turning lane on Theriault to get onto Airport Road is being floated at city council. It was pitched by Councillor Rick Dubeau, who says it’s an issue he has been hearing a lot about. He says it’s a problem as northbound traffic on Theriault bottlenecks as two lanes merge into one on College.

So, Dubeau says it has been suggested that there be a left-turn only lane, and a straight-only lane at that intersection. It would be the same as it currently is at Theriault and Algonquin. City staff is now going to look into it and bring a report back to the council table.

A photo showing how the lanes would work is below: