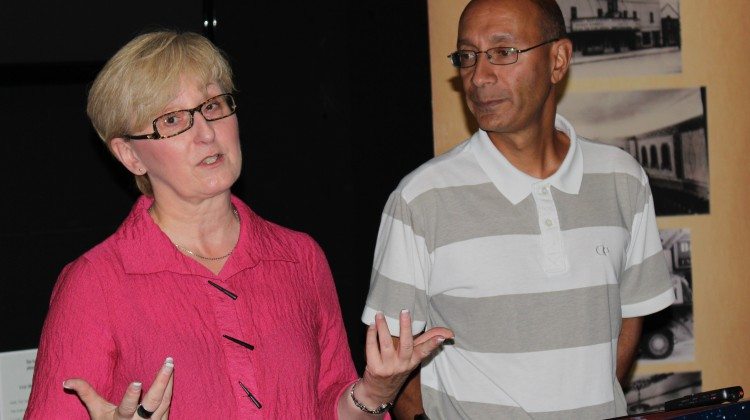 A new event for music lovers is making its way to Timmins. It’s going to be a Reggae Jazz night at the Days Inn, featuring the Jason Wilson band. The event is a joint fundraiser with the museum and the Timmins Symphony Orchestra.

Museum Curator, Karen Bachmann, says the idea was sparked as new fundraising ideas were discussed. She says because the museum and the TSO are both working on fundraising for their various programming, it would be wiser to pool their resources and do one big event for the community.

The Jason Wilson Band was picked because they have been in Timmins before, and are responsible for the Soldiers of Song music. Bachmann says that brought the band into the museum, which turned into a great night with people dancing all throughout the gallery. She says the band was really great, and they love to perform; giving a mix between reggae and jazz.

Vice President for the TSO, Paul Pigeau, says the event offers something unique for the city. He says the goal was to find a different fundraiser for the city, that wasn’t the normal gala, or auction night. He says when he heard about the success of the last time the band was in Timmins, he knew it needed to be made into a bigger event. Which is exactly what happened, as there is room for 300 people at the “Wi Be Jammin” night.

Tickets for the event are $60, and the proceeds will go back into running various programs at the museum and the symphony. It’s happening on October 14th, and tickets are on sale at the museum now.