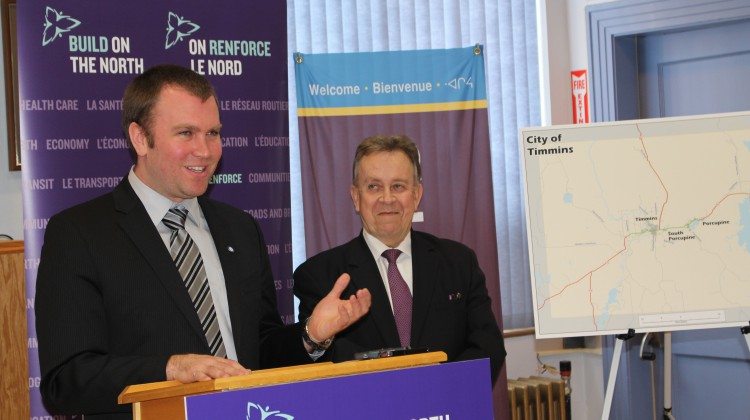 Photo: Mayor Steve Black and Minister Michael Gravelle, who remains as the Minister of Northern Development and Mines. Supplied by Taylor Ablett.

The first phase of the Connecting Link project is set to get under way this summer. Council voted unanimously last night to enter into an agreement with the Ministry of Transportation for the $3 million investment into phase one of the project. Mayor Steve Black says the construction has been a long time coming. He says it’s a priority project for the entire city, and council has been hearing about the state of the highway for years.

Black says the fact that the city can start phase one is a great step forward, but says there is still a long way to go. The first phase will see three kilometres of Highway 101 re-constructed, from east of Rae Hill to Bruce Avenue. The total cost is $4.5 million.

The entire project is going to take ten years, costing upwards of $95 million.

Previous story: Timmins is getting some insight into what the $95M price for Algonquin entails Map: Phase one of the project