$49M upgrades to Algonquin include sidewalks and burying overhead lines 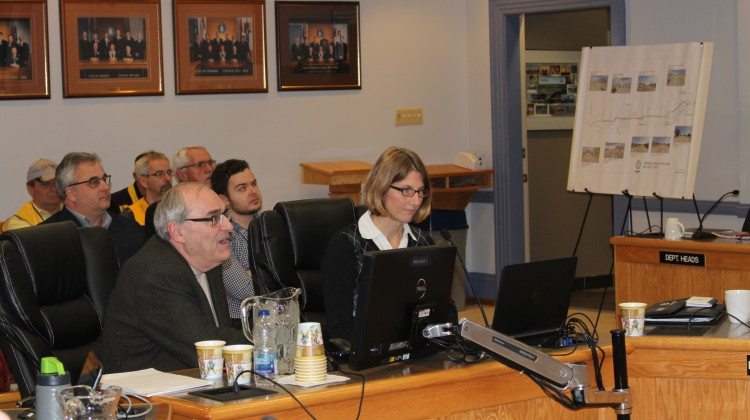 Of the $144 million price tag to re-do the Connecting Link, almost $49 million is earmarked for upgrades to the road. That includes things like sidewalks, a median on Rae Hill, and bike lanes. Project Manager Ted Archuticz says that Rae Hill barrier comes with a $3.5 million price tag. He says it’s difficult to justify that type of cost from the engineering technical perspective. At a minimum, he recommends a rumble strip, which Archuticz calls a common practice in all four-lane highways.

Archuticz goes on to say the cost of installing sidewalks in two different spots will cost over $2 million. The two sections that will get the sidewalks, if council approves, are from Government to Shirley, which includes Walmart to the mall, and from Ferguson to Bristol.

When it comes to bike lanes, Archuticz says the shoulder should be paved 1.5 metres wide to ensure there is enough room for cyclists. However, the report recommends keeping cyclists away from the Connecting Link for safety reasons, due to the high volume of traffic. The cost to put in bike lanes sits at $2.3 million, which covers paving the shoulder.

However burying the overhead lines comes with the biggest expense, sitting at $43 million in total. That is for two locations, including the downtown area from Fogg to Spruce. That portion will cost between $22 million and $28 million. The other section is an 800 metre area, from Coott Lane to the ONR railroad crossing, which comes with a $10-$15 million price tag.

The city is still waiting to hear from the province to see if they are going to kick in any money for the project. The cost to start the redesign in 2016 is $4.5 million.

A breakdown of all of the potential upgrades and their cost:

Previous story: Timmins is getting some insight into the Algonquin redesign