Black weighs in on the Soo’s decision to freeze salaries; unlikely for Timmins 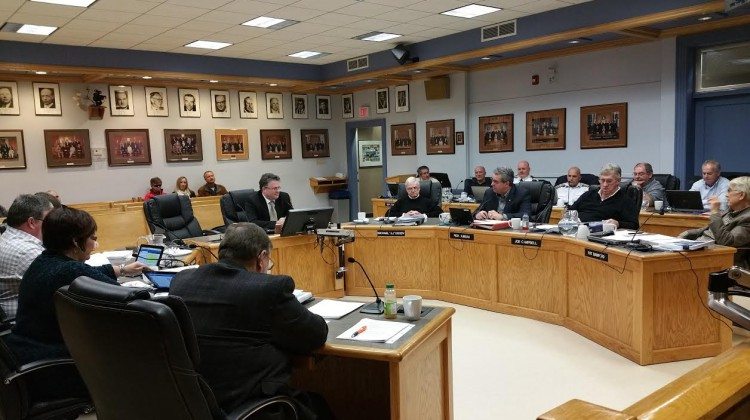 Photo: The KPMG core service review is released to the city. Supplied by Taylor Ablett.

Timmins Mayor Steve Black is weighing in on a decision made in the Soo to freeze all non-union salaries of city staff. He says our city council has talked about it a few times over the past couple of years, but says there are some issues with freezing salaries.

He says you have to look at where council sits in compared to other cities in the province. If the city is below average, and you keep freezing salaries, a gap is going to built up. Black says that just means an even bigger increase down the road.

The recent core service review did find that management salaries in Timmins are below average for around 85 per cent of the positions. Black says that’s part of the in-camera report, but he can say that one or two positions are above the average. He says that’s because they have been in the role for such a long time that they have built up the increases. Once those people retire, the salaries will go back down. He says management overall makes up a small portion of the city’s budget, and they are well below the comparators in other cities.

Black says a lot of salary information is discussed during in-camera meetings, which means it can’t be disclosed to the public.